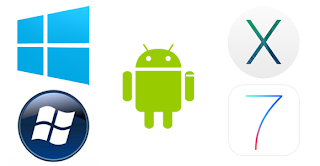 We are proud to announce a huge accomplishment from our engineering team today.  From our March launch of the SDK for Android and iOS, we have debuted our massive 2.0 update, along with support for every commercial operating system.  That’s right, from your laptop running OS-X or Windows, to your mobile phone or tablet running Windows Phone, iOS 6, 7 or Android.  You can now develop “machine to machine” aware apps on any platform you develop to.

We now cover 92.3% of the mobile market, and 94% of the desktop market and have been working hard on improving the existing SDKs for iOS and Android and adding exciting new features.

On Android, we are pleased to announce an experimental scanner for Bluetooth LE, released with Android 4.3 or SDK18 if you’re into that nomenclature.  In addition we have a new Bonjour Network Service Discovery scanner.  It is rewritten from the ground up so the Android platform can see your Apple devices and some servers or printers on a network.

Based on developer feedback, we have also repackaged the SDK into a single Android library project to make it even easier for developers to add NewAer to their applications.  We have also lowered the latency for newly connected devices with improved scanner logic.

We are pleased to release a new list change notification APIs that makes it even easier to write applications for Android with the NewAer platform and have completely rewritten our sample applications to take advantage of all these new features.  Check out the included example code for more details.

We also haven’t been slacking on the iOS SDK, which for the first time has features ahead of their Android release equivalents and compatibility with the upcoming iOS 7.  On iOS we are very excited to release APIs for peer to peer messaging between applications.  These are the first steps on our roadmap to making NewAer not just a discovery platform, but also an inter-device communication layer.  We have also improved the background scanning of Bluetooth LE and Bluetooth Bonjour devices.

A big THANK YOU goes out to our growing developer community for the continued feedback on our work.  Now show us what you’ve got after you get the code at http://newaer.com/developer-portal/

– Nick and the NewAer Tech Team