SXSW Wrap up – We are coming for an Interactive award in 2012! 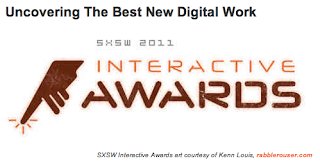 As I write this we are at 32,000 feet headed from Austin to the West Coast. This year’s SXSW Interactive show brought us new friends, new collaborations and a lot of great visibility! We are most excited about partnering with other developers and device manufacturers to bring you even cooler products and services to automate your digital life. Announcements to come on that front!

We started SXSW with a ToothTag demo at the Team Android challenge via Androidandme.com sponsored by Appolicious to hundreds of people in an outdoor patio. Even our buddy Robert Scoble was in attendance showing his love for the platform. A huge thanks goes out to our buddy Matthias Galaca of ShareSquare who helped mange the onslought of questions from excited developers and users!

The Los Angeles based gang at My Location Scouts had us on their web cast and were as excited about what we are up to! Look for a pending video here: http://www.youtube.com/user/mylocationscouts

At the SXSW Next Stage the team from Watchitoo had us on their live web cast that ran on the SXSW.com trade show page. Even better was that our lead-in was the guys from Funny or Die. They were cracking us up taking Tweets from the audience for topics of skits to perform! http://sxsw.com/interactive/trade_show

The #SamsungSXSW blogger lounge hosts invited us to talk on stage with our friends Tom Conrad of Pandora Radio, and Damien Basile @db from Addieu. The three of us investigated intelligence from the cloud and accessing it via mobile devices – two of our favorite things!

Here’s what some people are saying about us in the press:
Right before SXSW, at the DEMO Conference, Google’s Don Dodge said “It’s a platform for connecting all kinds of devices, phones, cars and appliances and letting you know when they’re in proximity to you.” Network World – Meet Google’s human search engine for innovation.

On the Huffington Post Steve Rosembaum said “If you want to see into the future, take a look at ToothTag.” http://t.co/CnQnk1Z We predicted correctly that statement brought us joy!

Finally, our G4TV buddy Chris Hardwick @nerdist and nerdist.com MC’d the SXSW Interactive awards on Tuesday eve, the last day of the Interactive show. Not only did he crack us up with his sharp as a razor blade humor, we were inspired more than ever to come back next year to land a prize for ourselves. It’s amazing what technology has done to grow this conference from an anti-social overly-geeky “wearable tech clothing” event in the late 1990’s to “IRL connections from social sites” of today. Rest assured, we have some killer ideas for what will make this conference even more interactive and “automagic” than it has ever been before!

Now it’s back to our comfy beds and back to work. Developing the best platform to allow mobile developers the ability to easily integrate proximity into their apps. We will see you in Austin for 2012, but until then, here’s to some more cool stuff now! 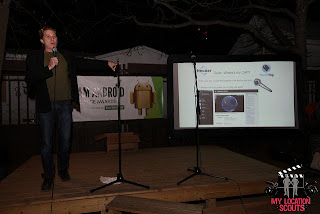 Every year in the middle of March, students pack their bags and head to warmer climates. For those in the tech circles, SXSW Interactive draws thousands of social media and Internet affectionados from around the world to Austin Texas, for what I call “geek spring break.”

Team NeuAer got to Austin Sunday night and was honored to be a presenter at the Team Android Choice Awards. This event is all about showcasing the best and most innovative Android apps at SXSW. We shared the stage with hometown Austin favorite Gowalla and our own favorite app, Spark. Android has a unique feature over the iPhone called active wallpaper. Typically this is a “live” fish tank or interactive based upon weather, like snow accumulating on the screen when it is snowing. Their unique take on it is a full news, sports and weather screen that integrates with your mobile desktop. Reminds us of Pointcast, a favorite of the 1998 Internet days!

There is a lot to see and many people to meet at SXSW, and we’d love to meet you as well! Reach out to us on our social media connections like @NeuAer or @ToothTag and lets connect in Texas! We will never turn down a BBQ or Shiner request!

Off we go with a Best Technology win at Launch 2011! 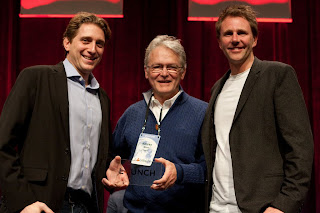 We would like to give a big thanks to Jason Calacanis and his Grand Jury at Launch.is for providing NeuAer with an awesome venue to launch our ProxPlatform and the first application built to our API, ToothTag.

We are working feverishly to ensure that our ProxPlatform is compatible with the myriad of software and hardware versions of Android, and in the near future, iOS devices. Stay tuned for our forthcoming ProxPlatform API launch. In the mean time, we are working with a dozen other developers to make sure we have anticipated other apps technology needs for the first proximity platform. Once these apps are ready, we will open the API for all to write to! If you want consideration into a test platform, please email developer at neuaer.com!

Download the App ToothTag for Android here: ToothTag in the Android Marketplace