As America celebrates its independence day, we are in Europe launching NewAer Kiosk for iOS and Kiosk for Apple TV!

These applications have been tested with partners over the last year, to enable direct messaging of content to users standing in front of your digital displays within your office, mall or airport!

Thanks goes out to the team at VivaTech Technology Paris for having the platform for us to debut Kiosk in the keynote “Geolocation: augmented experience or personal intrusion? Are beacons failing?” on Friday the 1st, 2016 to a full audience!

It works like this…  By plugging an Apple TV running Kiosk into any television display or running Kiosk on an iPad Mini at a POS (Point of Sale) or an iPad Air at an end-cap or within a kiosk stand, you can develop web apps that are triggered from the proximity to a users phone running the same app, instead of building full native iOS applications on the iBeacon standard.

Stewart Rogers of VentureBeat says “While other location-aware solutions tend to rely on smart beacons and native apps, NewAer’s Kiosk uses neither. The big idea is to make proximity marketing as easy as web development, using the technology already built into most smartphones.” 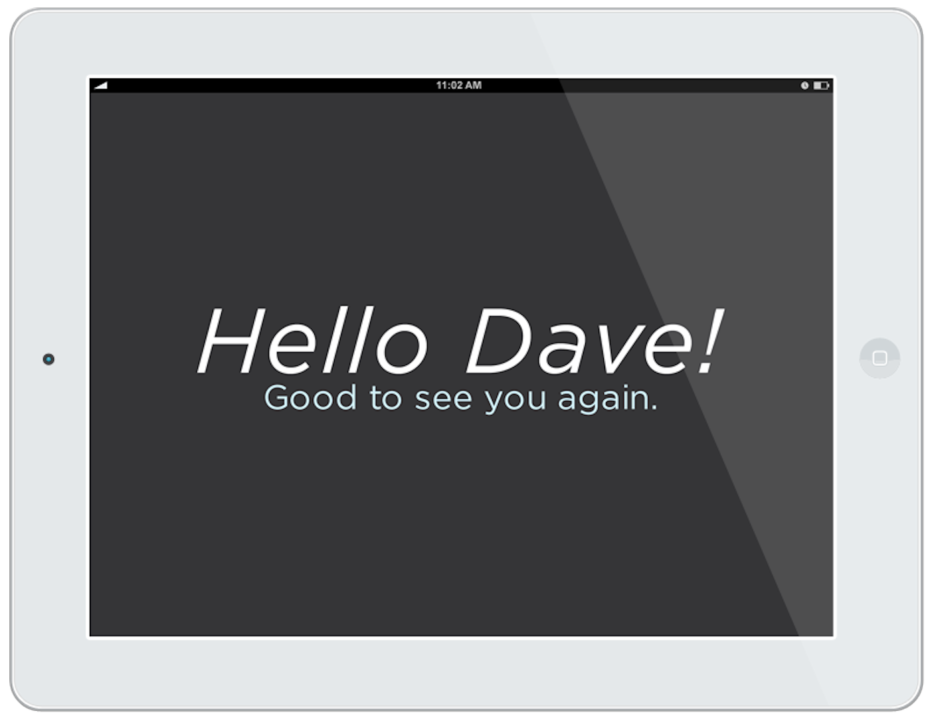 And once users download the unified application Kiosk, they have to allow your screen to see their presence, so it’s private from a user standpoint.  Only when they opt-in can they engage with your sign.

The story in Wired UK states “Kiosk’s main focus is information – letting you know your purchase history when you walk into a shop. Much like Apple’s iBeacon, it facilitates proximity-based marketing but without having to use any [new beacon] hardware.”

Our press release on Kiosk is here, and the download can happen from the links above or searching NewAer in the iTunes stores on your iPhone, iPad or Apple TV!

Finally, we got a TON of Twitter traffic on our posts. Thank you @NearITmobile – @ShopApp – @LuxGateway and Digital Signage Expo / Connection 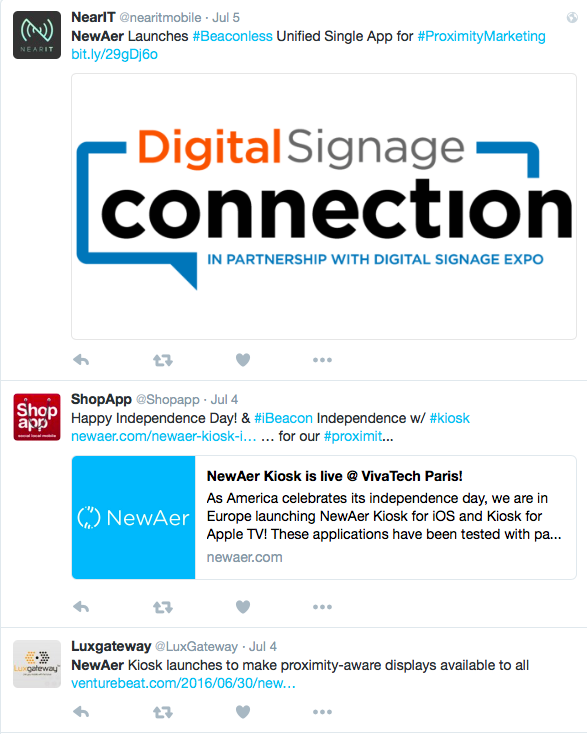