NewAer at CES with the Open Internet Consortium AKA OIC

The 2015 Consumer Electronics show has wrapped and was jointly called the year of wearables and Internet of Things. In case you missed it, wearables are devices that you place on your body similar to a watch with a LED, LCD or sometimes electronic ink screen that can display data such as your steps walked, hours you’ve rested or even your heartbeat. They have wireless capabilities to transfer or sync between your smartphone which then can share the data to the Internet for your review or social media sharing.

Internet of Things, abbreviated IoT by those in the know, are devices that you would put inside your house, such as a power outlet that is controllable from a hub or directly from a smartphone application, or a sensor on your front door to detect knocking or whether it is opened or closed. These typically talk via a type of low-power radio wave that your phone does not support, which requires a hub or bridge to get them onto the Internet, where they can then message your smartphone. These bridges span the gap between fast WiFi used by your high-power smartphone and computers vs tiny data IoT collectors that submit “basic payloads” to the Internet. 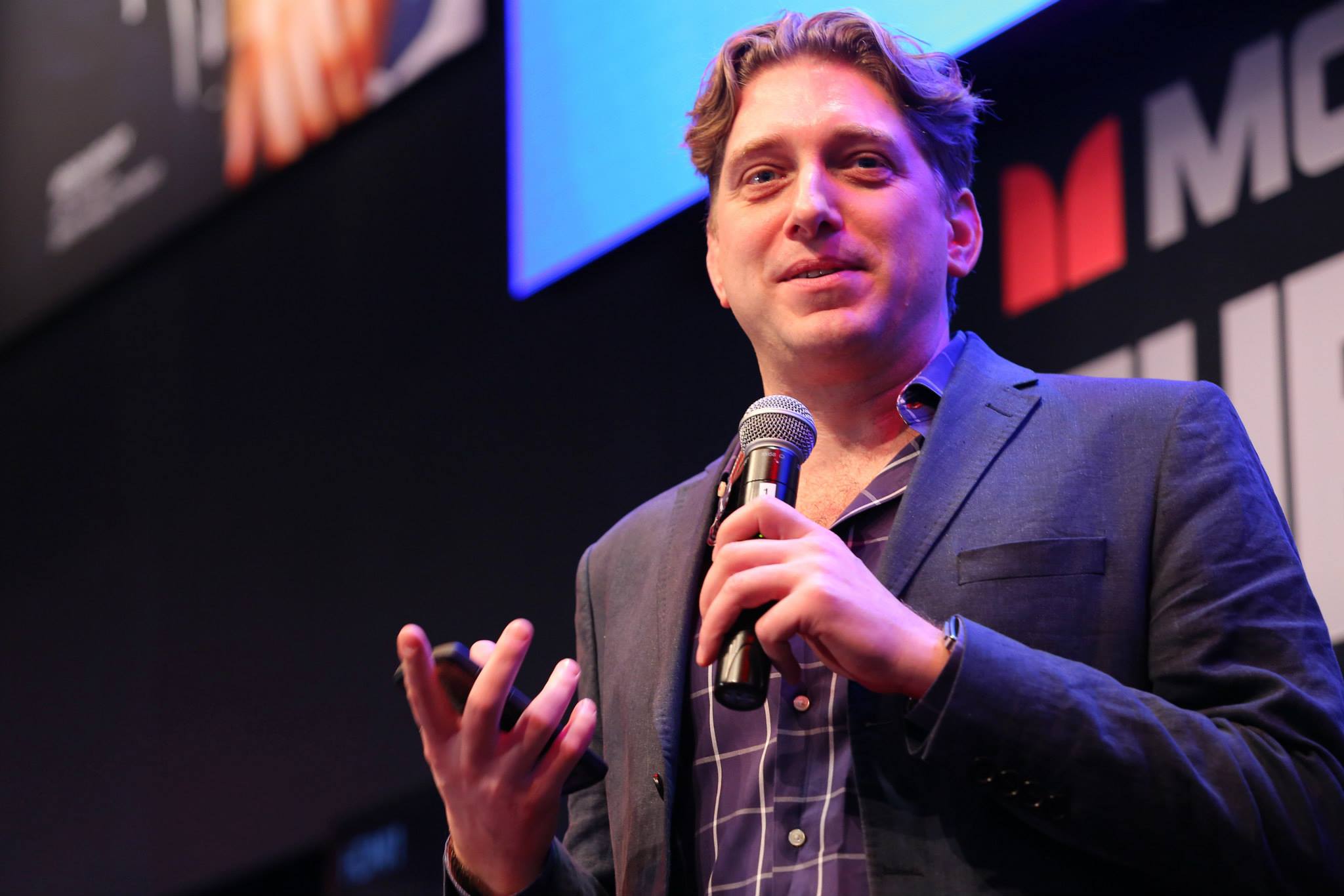 We spoke at Wearable Wednesday on the Monster stage, and spent the majority of the week with Samsung and Intel in a suite along side other members of the Open Internet Consortium or OIC, showing how our platform can discover these IoT devices and kick off the communications or automated actions over the higher-speed and smarter device network data channel. The key to our solution is you do not need to pair to these beaconing devices or even unlock your phone, open up an application, otherwise tapping away on the screen for common actions that you may wish to be automated in your life. Examples of this are automatically opening the garage door when you drive within WiFi range of your home, or having media and lighting preferences follow you from room to room in your house.

Our showcase demo included smart home devices from Philips, Honeywell, Atmel, and other major players, as well as some fun thrown in from startups like our Beacon Bar which we debuted at the Intel CEO summit. This tablet-based system shows how Internet of Things (IoT) elements can be added to ordinary items to create real-world interactions. In this case, it was liquor bottles that triggered messaging on nearby tablets on the bar-top of our suite to give relevant messages to our visitors.

To make bottles “smart,” Bluvision beacons were placed into the “punt” of bottles (the dimple on the bottom) to trigger specific messages on a tablet for each spirit as they were seen by a tablet. The key to this demo is that it shows how we are able to focus the signal strength of an object and trigger an event at less-than a one-foot range based upon Bluetooth Low Energy or Bluetooth Smart as it is called by the Bluetooth Special Interest Group. This means that a Point of Sale (so called POS since this post is also about acronyms) on a tablet or Windows machine with our software developer kit can determine which customer is directly in front of the register. This capability can enable loyalty programs, payments or coupons to be automated from a consumer mobile phone or wearable. 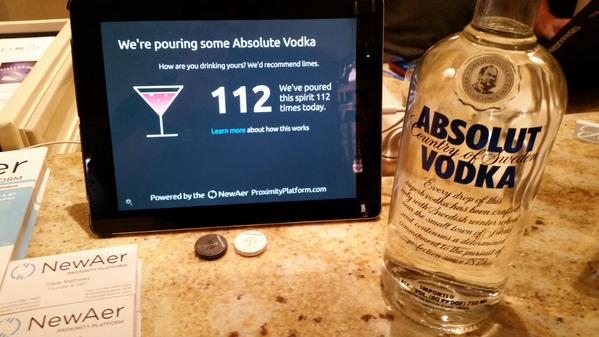 Beacons in the punt of liquor bottles identify the spirit poured at CES.

Also at CES, we announced our SDK 5.0, which brings a suite of features into the SDK for all platforms, including using wearables to wake up and trigger applications built on our platform, much like an iBeacon would wake up an app inside of a store. You can read more about that from our press release here: NewAer announces its 5.0 SDK at CES 2015.

And that wraps CES, while we are exhausted; we remain invigorated with the excitement that we heard from current and future customers at the show. We are excited to enable more beacon and iBeacon compatible projects into 2015!

This week we are in Munich for the DLD conference where we are showing the airport of the future – where signs tell you where to go when you approach them, rather than you needing to study an airport eye-chart! If you are in Germany, drop us a note and lets chat about proximity!

Developers, what are you waiting for? We can enable your next proximity application once you download our SDK at proximityplatform.com