This was a breakout year for beacons

After the introduction of the word iBeacon at the 2013 Apple World Wide Developer’s (WWDC) conference, 2014 was the year of big companies dipping their toe into beaconing radio wave technology. For NewAer it was exciting to see so many international players utilize the SDK we have been perfecting for 4-years; even better, it was truly a record-breaking year for our company as we deployed our all mobile platform compatible Proximity Platform, which turns any mobile device into a beacon. Our software developer kit makes iPhones, iPads and even the now-unsupported Windows XP machines that run most of the digital signs that you see in malls, stores and airports compatible with Bluetooth Low Energy, the protocol used by beacons.

Critics of the technology noted at this year’s Apple WWDC, there was no mention of iBeacon’s progress or status as a service. But there are plenty of opportunities and demand in the market – just take a look at few of the NewAer-enabled applications we launched with partners in 2014:

We flipped the assumed paradigm of iBeacon in July with Deutsche Telekom. Rather than positioning beacons within a space and interrupting users on their mobile phones, we applied 700 beacons to guests name badges at the T-Labs 10th anniversary party in Berlin, Germany. This became a record-setting number of iBeacons within a single space. Apple tablets running the NewAer Kiosk application read the iBeacon machine ID, then pulled user identity and information from a Deutsche Telekom owned database to bubble up relevant information at the right time to party goers in front of this signage. The tablets were connected to huge flat-panels around the event which made it truly interactive. This system has been engineered to be private and dynamically responsive and is also what we built the American Airlines airport signage upon during our in-air hackathon. 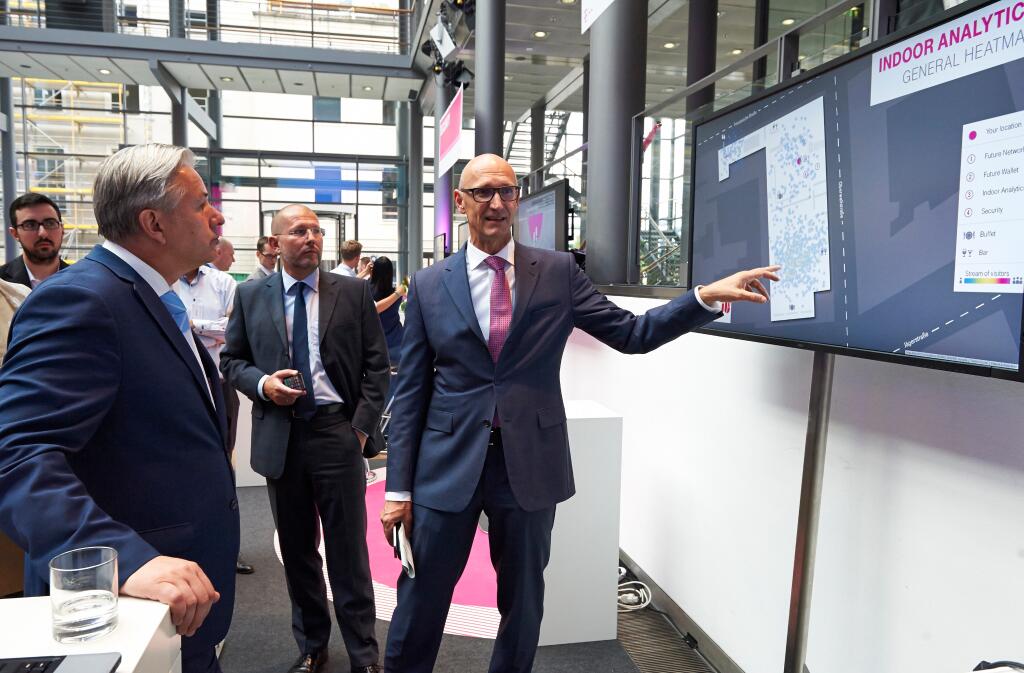 In September, we debuted the iPhone application “M-Pulse” with Unilever’s Magnum brand – a first peer-to-peer + iBeacon app of its kind. What made this application unique is friends who downloaded the app would be alerted when another friend was nearby via the same app, and they would be rewarded with free ice cream when an iBeacon was also found on any nearby Magnum cooler. We called it the digital ice-cream social, with a mission to connect people as part of Magnum’s 25th anniversary. Look for further rollouts of this technology in 2015 within the consumer product brand marketing space!

Also in September, @Stef debuted his Internet of Things inspired artwork “What do You Thing” based upon our platform. This OS-X application reads the radio signals our platform captures from wearables, Beacons, WiFi access points, printers and even older Bluetooth 2.0 devices to create a multi-dimensional visualization of the radio waves inside of a space. Look for more apps from Stef in the future on our platform! 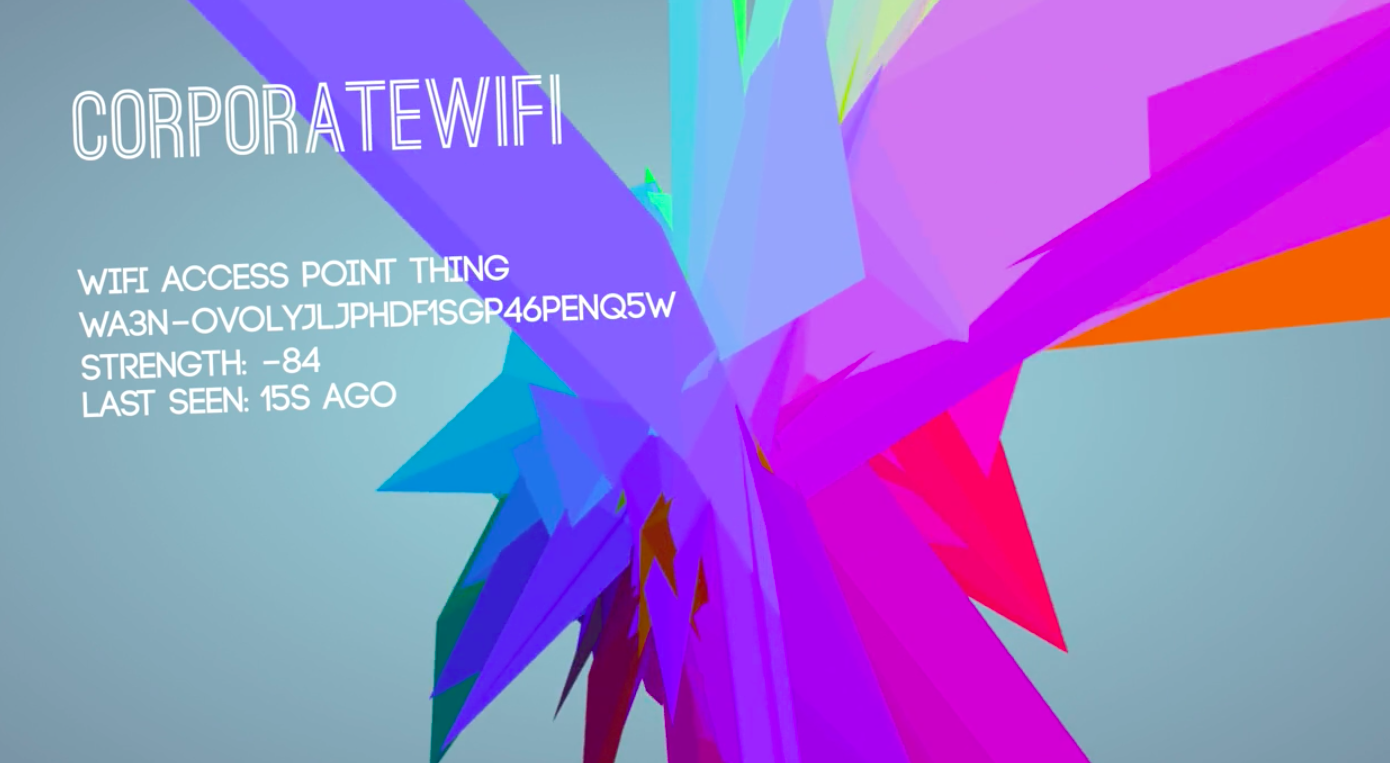 @Stef and his visualization of the Internet of Things.

If you have ever read or posted on Craigslist Missed Connections, this next app is for you. The human herd naturally wants to connect, which is what our proximity platform can quickly enable as a low power and instant peer-to-peer machine layer. This fall, the application Cheekd launched using our framework to replay your social life based upon eligible bachelor and bachelorettes that you encounter during the day. When two people looking for a love connection get within a hundred feet of one another, their phones will let them know they are in range of a match based upon their configured preferences within the Cheekd application. It’s a magical experience and is powered by NewAer invisibly behind the scenes!

And finally, beacons got fun with Intel at their Global CEO Summit in October, with the debut of the Beacon Bar – where the Internet of Things is tagged to bottles of your favorite spirits interacting with tablets. The spirit type, mixer suggestions and number of times the liquor was poured all automatically appear on a bar mounted tablet. This is based on our Kiosk application, and is available for your company or next party. Let us know if your interested! 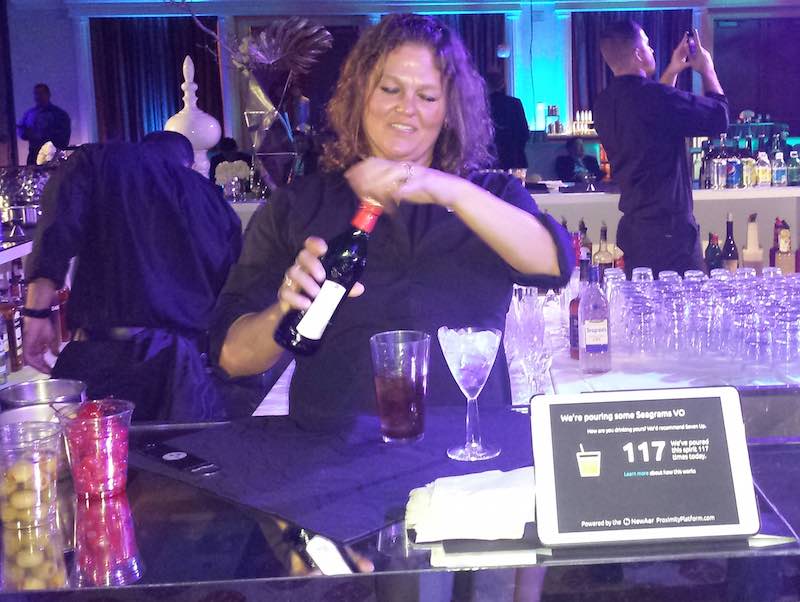 If you are in Las Vegas for CES, come visit us at the Open Interconnect Consortium where we bring the Beacon Bar to Sin City. To get an invite, just use the Contact form or email us at partners at newaer.com and we will see you at our happy hour on Tuesday evening at the Bellagio, or schedule a time to meet during the week.

A huge thank you goes out to all of our innovative partners and their agencies who made the above happen and a happy new year to you! mWe are excited about 2015 being a mainstream year for our technology! If we don’t see you at CES, why don’t you download our SDK today and see what you can build upon it?

As we run full force into the holday shopping season, we aren’t going to talk about beacons – you can read about that from our ’tis the season post from last year. This season of retail we found ourselves in London where we spoke at the Unbound Digital conference on the future of marketing in our mobile, digital world. 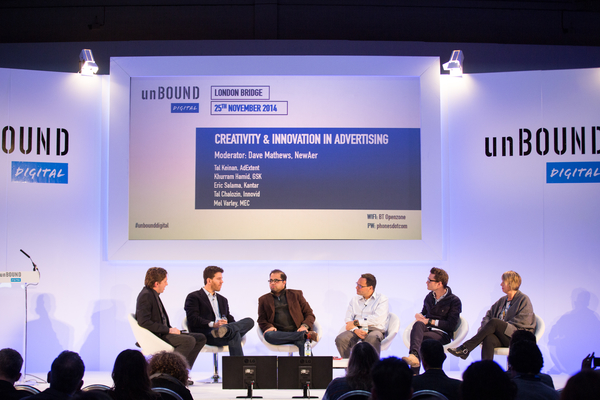 The session that we moderated, Creativity & Innovation in Advertising had inspiration from three startups, ours plus two Israel founded.  Tal Cholozen from Innovid and Tal Keinan from AdExtent were the digitially distruptive innovators.  There were also some heavy hitters working at huge companies on the panel.  Eric Salma from WPP’s 18,000 employee research group Kantar along with Khurram Hamid from GlaxoSmithKline digital.  Finally, Mel Varley of GroupM company MEC UK’s Chief Strategy Officer rounded out the panel.  You can see that 30 minute action packed session below.

Additionally, on the session before ours, company friend and tech luminary Yossi Vardi moderated a panel which included Marc Mathieu who spoke about Unilever working with startups like ours, to enable new customer interactions with mobile devices. We cut to the relevant part at 22:50 in this video below, but you can rewind to watch the complete and interesting story.

More to come on that project as well! Merry Christmas everyone!