Posted by Dave | Uncategorized | No Comments
So you just scored the latest gadgets for Christmas and a couple weeks later they’re obsolete. Happy New Year to you! This birth/rebirth is thanks to the annual technology pilgrimage to Las Vegas for the Consumer Electronics Association CES event. 150,000 people grab sneak peeks at 300,000 electronic gadgets which are better, lighter and faster than the ones you just asked for. While this show is really all about the gadgets, we’ve been known to leverage CES to launch software like Boxee in 2008 (who were later acquired by Samsung in 2013.) 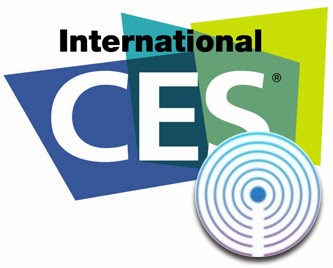 This year, the show is buzzing with Bluetooth Low Energy (BTLE) in the form of watches, heart rate monitors, smoke alarms, keyfobs and of course beacons….beacons, beacons – even CES organizers are using show floor beacons to connect to the CES App. It’s exciting to finally see our predictions realized – these beacons will be commoditized, and real value is in the software that enables them to make powerful automatic interactions vs “pop-up” warnings or marketing nags.
Response from partners at CES has been overwhelmingly positive, because we’re actually a step ahead of iBeacon. The NewAer Proximity Platform SDK now includes our proprietary cloud fingerprinting technology which can read any beaconing radio, from Cellular to WiFi to Bluetooth 2.0 or BTLE. This is the technology we used to enable our amazing file sharing app, Share. We have repacked this technology behind Share and are now delivering it as part of our SDK.  Using this back-end we are able to provide the FIRST and ONLY device-to-device (as in phone to phone – not just iBeacon to phone) proximity software that is works across Android and iPhone handsets or tablets, without costly battery consuming external hardware beacons. It even works with Bluetooth turned off. Try to do that with iBeacons!
These features are provided when using the two new scan types that we have added in this week’s 3.0 release, launching at CES: NewAer Devices and NewAer Areas.
Thanks to feedback at our 2013 hackathons, this release features a simplified scanner interface with just four scan types:
1) Generic Scan – Gives access to all locally visible devices the hardware and OS allow, including: WiFi, Bluetooth, BTLE, NFC and Cell Towers.
2) Service Scan – Gives access to Bonjour services on your local WiFi or Bluetooth.
3) NewAer Device – Gives access to devices in proximity running your applications, regardless of platform.
4) NewAer Area – Provides an identifier for an elastic physical area. Think of it as a “proximity group,” which can easily be used to create proximity chat rooms or social media connections with anyone  nearby.
We have also added the ability for different apps from the same developer to see NewAer Devices from either application when in proximity.  This means that you can now declare that two of your NewAer enabled apps are “friends” using our self-serve SDK portal and they will see NewAer Devices with the same identifier across both applications.
This NewAer 3.0 SDK fixes a huge limitation of iBeacon where one beacon can only speak to one application. Note that we believe in a user’s control over his or her privacy and we firewall off apps from different vendors, preventing them from seeing one another. We also can shut down those who use our SDK and might abuse this feature.
Step into the future of cross-platform proximity using the NewAer SDK and see what proximity enhancing your applications can do for your users.
On more thing!  If you are in the United Kingdom, grab the January 2014 issue of Wired magazine to read our story on the future of wireless called “Your wireless devices shall connect seamlessly.”  We will share it here when it’s posted to the online world in the coming weeks.  For now, it’s on newsstands only!
-Dave and the NewAer Proximity engineering team