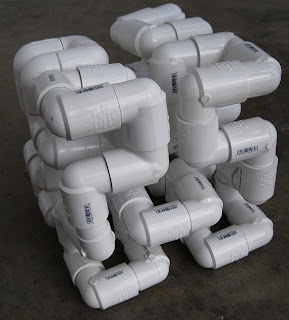 What we have seen with the rise of general purpose computing is simply astonishing. In the course of less than a century, we have gone from an unreliable computer needing 1800 square feet and 150 kW of power, in order to calculate at just 5kHz, to a computing device which fits in your pocket, is powered by a battery, operates in the 1+ Gigahertz range, has vastly more memory, and lasts for years – as long as you don’t drop it.

What is even more amazing is not just their computing power, but the embedded wireless radios and multiple sensors within. The radios connect to an amazing network of computers that all talk to each other as well as to other devices in physical proximity, and even the Global Positioning System (GPS) satellites in orbit around the planet, which like to draw down precious battery power.  And while the Internet that these devices connect to is an amazing invention as well, it makes a smartphone the stuff of science fiction from just a few decades ago.

We at NewAer are into sensors, which allow this device to detect all kinds of interesting things, including acceleration, changes in orientation, magnetic North that Columbus could never dream of. Your proximity to another similar machine, ambient noise and light, lately even barometric pressure. All of this computing power, and all of these sensors, and all of the power of the Internet, all in your pocket. Simply astounding.

For a number of years now a friend of NewAer, Robert Scoble and other pundits have been sayingthat these devices are understanding more and more about us and what we are doing every day. We live in this world, as I leave my home without my keys or wallet more than I leave without my phone. They call this “context awareness” and we find it extremely exciting. It holds the promise to take the combination of our pocketable computer, its network and sensors, then turn them from a “smartphone” into a truly “smart” device. One that is able to automate in simple but powerful ways as we go about our day. One that knows enough about us to be an unobtrusive, context aware assistant that we love and simply can’t live without.

The first wave of context awareness was simply presenting an app the phone’s location via GPS. Mapping applications on your phone allow you to get directions from where you are, to where you want to go. Others allow you to “check in” at a particular location, and still others allow you to share your location with friends and family. Since context is generally thought of as the circumstances that are relevant to a particular event, certainly detecting the location that something happened is a big piece of the “context puzzle”.

Unfortunately GPS doesn’t work well indoors, and so location has been augmented with additional systems that can deduce location based on the visibility of terrestrial radio signals, such as cell towers and WiFi access points, using large Internet connected databases. But location is really just the first piece of the puzzle. We think that moving the blue dot on a map inside of a space is boring, frankly.

The next pieces of the contextual computing puzzle are largely unsolved, leaving the promise of a “smart” phone unsatisfied. Which is why we are so excited to be developing a platform to enable others to leverage this sensor network and action engine!  We believe that NewAer is offering one of the next big puzzle pieces of context in the form of “proximity” detection.

NewAer has developed a ProxPlatform SDK, which enables the devices to detect other devices nearby. This SDK allows application builders to easily power the next wave of context aware applications, which behave differently based on location, and also based on what devices are nearby.  All while your phone is in your pocket or purse; without you needing to wake it up or interact with it yourself.

Want to always remember where you parked your car, without having to remember to open the “Where did I park my car” application? Using the NewAer ProxPlatform an application can easily detect the loss of connectivity with your bluetooth equipped vehicle and drop a pin on a map.  Want to automatically forward your calls to your laptop when you are near it? It’s easy with the ProxPlatform. The possibilities for smarter, context aware interactions are endless using the SDK.

NewAer’s SDK offers robust, low latency proximity detection. Our simple API allows your application to detect devices which come in and go out of radio range. In addition, our Android SDK offers a pluggable rules engine. Developers can easily write simple action plugins which can be shared between applications which are part of the ProxPlatform ecosystem. This means that you don’t have to include the full scanning engine to be part of the NewAer application ecosystem. You can include our very small plugin SDK in your application and allow other applications to automate actions using our platform.

This SDK comes bundled with a number of plugins for playing music, vibrating the phone, and our roadmap includes adding many more for even more powerful features soon. We also look forward to seeing what kinds of actions you can come up with. NewAer’s SDK offers the next big piece of the context puzzle. We have worked hard to make a simple but powerful API for application developers to use. Finally, our smartphones today are powered by limited battery packs.

As users, we have become acclimated to the nightly charging routine, but are still frustrated if our device doesn’t make it through the day. Thus, NewAer has focused a great deal of time and attention on keeping power draw for the platform to a minimum, while keeping the latency of device detection low. This is a delicate balancing act requiring considerable time and attention, not to mention optimization.

We are very excited to be able to offer this power optimized SDK to developers, and we look forward to seeing all of the context aware applications our technology unlocks. The age of context is just beginning and NewAer is key to the next wave of context awareness. We don’t turn on GPS, do not keep the CPU awake unless we need to, and typically see a lower power draw of around 4% on the Android battery meter. That makes us proud for not making you sacrifice battery life while still getting the power of our engine.  Incidentally, this is about the same draw as the active wallpaper Android supports, so by removing your “fish tank” you will be at a net-zero end-result with our addition.

Sign up for access to the NewAer ProxPlatform SDK today. Happy hacking! Now what are you waiting for?  Our plumbing of the next evolution of contextual computing awaits you and your apps.

NewAer ProxPlatform  @NewAer
We head into the skys in a @lufthansa #747 Flight #LH464 for their #flying lab this week. Our talk is @ 30k feet! https://t.co/qITVjXM2Gv
reply retweet favorite
Load More...

© 2020 NewAer. All Rights Reserved. The Bluetooth® word mark and logos are owned by the Bluetooth SIG, Inc. Use of such marks by NewAer is under license

Any cookies that may not be particularly necessary for the website to function and is used specifically to collect user personal data via analytics, ads, other embedded contents are termed as non-necessary cookies. It is mandatory to procure user consent prior to running these cookies on your website.