Sharing some Mobile Love in Germany

Today marks the day that we were supposed to be landing in sunny California, relaxing and reconnecting with friends and the rest of the team; talking about the adventure we have had on our European road show. We had great meetings, met some amazing people and will have some announcements on projects that we are going to be working on once all the legal stuff gets sorted out! More to come on that front. 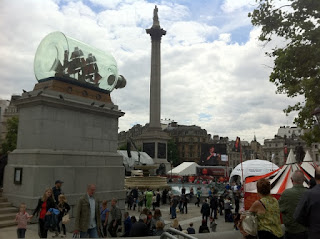 This was a great trip socially too as the Black Eyed Peas played a rain delayed show in New York, London had a weekend music celebration, where it rained for only one day of it! Even Paris began their summer with a solstice music celebration with bands on nearly every street corner.

Whilst (which is fancy Brit speak for while in the US) in London we were lucky enough to be introduced to an advisor to the MLOVE conference www.mlove.com/mlove2011/ and submitted our gem showcase application ToothTag into the running for the startup competition. Would you guess we got accepted to present? Well, we did, and this means that we are staying another week in Berlin for new meetings and then head to the conference in the 100 room 19th century castle!

So are you going to be one of the “knights in the castle” at Mobile Love 2011? If so, we’d love to chat with you and see what you are up to!